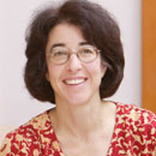 Prof. Ellen Eisenberg
Ellen Eisenberg holds a B.A. in American Studies from Carleton College and a Ph.D. in History from the University of Pennsylvania. She has taught in the Willamette University History Department since 1990, and holds the Dwight and Margaret Lear Chair in American History.

Prof. Eisenberg's research centers on the history of American immigrant and ethnic communities, particularly American Jewish communities.  She is the author of Jewish Agricultural Colonies in New Jersey, 1882-1920 (1995).  Her scholarship now centers on Jews in the Pacific West, and she is particularly interested in relationships between western Jews and other minority ethnic groups.  Her work in this area includes chapters in the anthologies Jewish Life in the American West (2002) and California Jews (2003) and articles in such journals as American Jewish History, The History Teacher, and the Journal of American Ethnic History.  Her monograph, The First to Cry Down Injustice? Western Jews and Japanese Removal during WWII (2008), was a National Jewish Book Award finalist.  Jews of the Pacific Coast:  Reinventing Community on America's Edge, co-authored with Ava Kahn and Bill Toll, was published by the University of Washington Press in 2009.

Prof. Eisenberg is currently working on two books on Jews in Oregon. The first, a collection of essays spanning the pioneer period to the mid-20th century, is being published by Oregon State University Press. The second, which she will be researching and writing in 2014-15, is sponsored by the Oregon Jewish Museum. It will focus on the period from 1950 to 2010 and is intended as a companion to Steven Lowenstein’s The Jews of Oregon: 1850-1950.

Beth Hamon
Beth Hamon
The daughter of nightclub musicians, Beth Hamon is a bicycle riding, car-eschewing, autodidactic singer-songwriter whose original material and cover choices straddle the fuzzy line between Jewish and secular themes of love, social justice and personal and collective identity. Beth serves Congregation Beth Israel in Portland, Oregon as a youth and family songleader and religious school teacher. She is also a music-leader at Havurah Shalom in Portland, and a cantorial soloist at Temple Beth Sholom in Salem.

Beth has released the self-produced CD, City of Love; and performs regularly at coffeehouses and pubs in the Portland area. Beth travels around the country to lead worship services, facilitate Jewish text study and music workshops, and perform in venues large and small. She is at work on a second CD of all-original Jewish folk/roots music, scheduled for release in early 2014.

When not listening to classical music, Liz writes about Jewish food, arts and culture for Oregon Jewish Life, Arizona Jewish Life and other publications. She also co-hosts “The Portland Jewish Hour,” the longest continuously-running Jewish music and culture program on the radio west of the Mississippi. The Portland Jewish Hour, formerly the Portland Yiddish Hour, can be heard on Sundays at 10 a.m. on KBOO 90.7 FM or streamed live for free at http://kboo.fm.

Liz holds a B.A. in music from the University of California and an M.M. in voice with an emphasis in musicology from Boston University. She has been an active member of Portland's Havurah Shalom community since 1990, where she leads music for Shabbat and High Holiday services.
Powered by