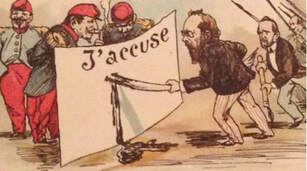 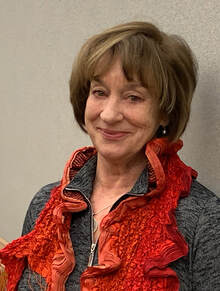 Session 1: The Dreyfus Affair and the Origins of Modern Anti-Semitism
While anti-Jewish attitudes had been rampant for centuries in Europe, the Dreyfus Affair saw a new nefarious mix of science, religion, and “fake news” to create a modern and more virulent phenomenon known as “anti-Semitism.”

Session 2: Bernard Lazare: Unsung Hero of the Dreyfus Affair
Everyone knows of the name Emile Zola, author of the explosive “J’Accuse!” Few have heard of Bernard Lazare, author, philosopher, social activist and some say, “Prophet of Israel.” But without his tireless efforts to exonerate Captain Dreyfus, there would have been no “Affair.”

Session 3: Modern Marranos: Marcel Proust and the Salons of Turn-of-the century France
After attending the trial of Emile Zola whose “J’Accuse!” put the life of writers and intellectuals in jeopardy, Marcel Proust began depicting in dramatic detail the life of the salons, the Jewish women who ran them, and the assimilated behaviors they occasioned in fin-de-siècle France.

Session 4: The Trials of Public Education and the Rise of the Modern Secular State
Throughout the period of the Dreyfus Affair, debates raged over how to build a nation. In many ways these debates were fought in the classroom, among teachers and administrators, and in discussions about curriculum. Questions of religious tolerance opened by the Dreyfus Affair ultimately quelled the power of the Catholic Church and the parochial schools it sponsored, giving support to school reformers who were working to provide free public secular schools to all citizens of France and to write legislation to enable the separation of church and state in 1903.

In addition to the study sessions, we will gather for: