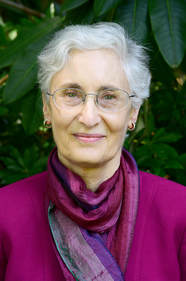 I joined the faculty at the University of Washington in 1985, and I have served as Chair of the Jewish Studies Program and as Chair of the Department of Near Eastern Languages and Civilization. My courses in Comparative Literature have included Literature and the Holocaust; Prayer and Poetry: Jewish and Islamic Traditions; Jewish Life in Literature and Film; and Literature of Emerging Nations: Israel and Palestine. I am preparing a new course on Autobiography.
My research interests cover a range of modern Jewish writing.  My publications include Imagining the Child in Modern Jewish Fiction (Johns Hopkins University Press, 1992) and a number of edited volumes: Gender and Text in Modern Hebrew and Yiddish Literature (The Jewish Theological Seminary of America, 1992); Infant Tongues: The Voice of the Child in Literature (Wayne State University Press, 1994); Israel and America: Cross Cultural Encounters and the Literary Imagination (a special issue of the journal Shofar, 1998); Traditions and Transitions in Israel Studies: Books on Israel, Vol. VI (SUNY Press , 2002); The Jewish Presence in Children’s Literature (a special issue of The Lion and the Unicorn, Johns Hopkins University Press, 2003); and Boundaries of Jewish Identity  (with Susan A. Glenn; UW Press, 2010). I have served on the editorial boards of Prooftexts, Shofar, and Hebrew Studies.

One of my current projects is a volume of essays that consider distinctive challenges facing the field of Hebrew language and culture at North American universities, as well as the experience of Americans who have traversed the cultural distance from English to Hebrew. Why do they do it? What have they gained? How does the embattled position of Hebrew reflect the broader challenges of language arts and humanities education today? The book, co-edited with my colleague Nancy E. Berg, is called What We Talk About When We Talk About Hebrew (And What It Means to Americans) and was published by UW Press in 2018. For more information, see http://jewishstudies.washington.edu/hebrew-humanities-symposium/